Showing posts from September, 2016
Show All

September 21, 2016
Funny how I usually have a post up in my head before sitting down to type and as soon as my fingers hover over the keyboard, the words evaporate. I like writing-seeing my thoughts on paper brings a smile to my face.It's also my stamp in the world:I was here  and this is my contribution. It helps that in my corner of the world,  I'm free, for the most part, to express my views. If I enjoy it and is free to do it, why don't I indulge more often? I can jump to the politically correct answer 'Don't have enough time' And my audience would nod in agreement, because most likely, they don't have enough time to do what they enjoy either. Being busy has become a badge of honour. The real reason though is fear. Fear of what others would say/think about my writing. What if I get judged, what if I'm not good enough, what if no-one ever sees my writing? Which begs the question,why do I want to write?For myself or others Which leads to, who's loss
Post a Comment
Read more 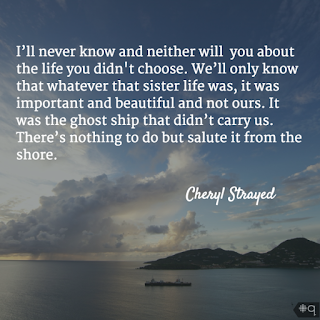 My ex-boyfriend and Kami's biological father died in a fire 2 weeks ago. Sad,tragic death. A number of my friends and family called asking me how I was doing. It was hard to explain to them that I lost him years ago. The sad moment was explaining to Kami that he was gone and crushing the hopes she harboured about  a(possible) relationship with him. His death gave me a new appreciation of time. If he had died before and between Sept 2005-2008,I would have been broken. As my friend Rose said,If it weren't for Kami, this would have been a tragic footnote in my week. I was tempted to take the 'What If' road. What if we didn't break up, What if he was involved in Kami's life, What if ........ I have a wealth of lessons  about love, rejection, betrayal,pain, strength, forgiveness, faith from him.Still learning  about motherhood and parenting. I'm grateful our paths crossed,I'm more grateful they diverged. May his soul rest in peace.
Post a Comment
Read more
More posts