Showing posts from June, 2018
Show All

June 28, 2018
How do you calm your soul? My recipe includes crying, sleeping, reading, listening to gospel music, conversations with a trusted friend and eating sweet things  I skyped with Chris yesterday and at the end of the 1-hour chat, the clouds were no longer pregnant with anger and resentment. This morning I came across this post by Jeff Foster . It watered my parched emotions. My favourite quote is 'It's vitally important to make room for the darkness too. To create space in your life for the grief, the rage, the shame, the fear and the loneliness. To bring these poor, misunderstood creatures out of hiding and into the Light' Yes. Let's do this 💪
Post a Comment
Read more 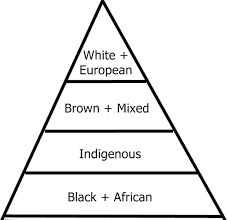 Anger was lying next to me when I woke up today For most of last month, work wasn't going well for me. My contract expired in April. At first, was reassured it'd be renewed, then was informed my position was being scrapped and split into 4 roles(yey, I'm that good) and I'd have one of the roles; a promotion on paper and deduction on the bank balance. After a lot of exhausting back and forth, I signed a 3-month contract with less pay and is actively job hunting My angst with the whole thing was the process and I'm convinced some of the bias is because I'm a black woman. This year has been a reminder of how, as a black African woman, I'm at the bottom of the human food chain. Yes, it's the way the system has been set up and where awareness of it helps, the continuous frustration births a day like today, when the tears aren't enough of a balm. From the glaring difference in the services I get in Jinja when alone vs with my white fri
Post a Comment
Read more

One of my BFFs, Penina, is getting married on Saturday and I'm a bridesmaid. Took a gamble to have my dress made in Kampala and I lost. Shipped the dress to Nairobi and it's been done all over again. Of course this ups my wedding budget. For a minute there, I really beat myself up. Went down the well-travelled lanes;  how stupid can I be, should have known better It took a lot of effort to flip this script I exercised some of my strengths in this: risktaking, hope and optimism. I'm also good at solutions, was able to fix this in time. This was a lesson, not punishment.
Post a Comment
Read more

I ran Club G, my family's bar and restaurant for close to 4 years (one day I'll write about that place:) We had to sell it in 2014 and out landlord shafted us, he took half the money from  the sale. For the longest time, I was angry and bitter about it, mainly him. Then time happened and sometime last year,  realised the wound no longer stang when I came across it. Two weeks ago, he had a fundraiser for treatment in India. I didn't rub my hands in glee .There was a satisfying 'case closed' echo.
Post a Comment
Read more
More posts